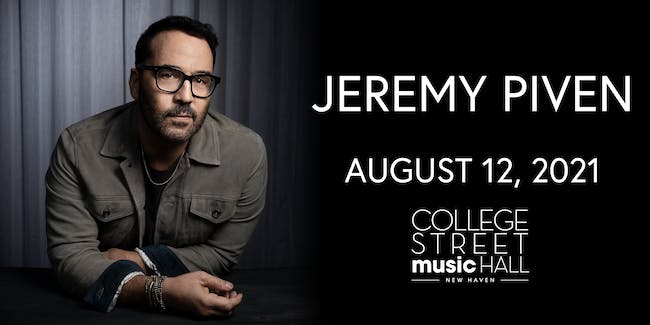 Jeremy Piven is best known for his role as ARI GOLD in the hit HBO series Entourage, which aired for eight seasons; led to three Emmy Awards and a Golden Globes win.

He can be seen in the upcoming feature film Crabs in a Bucket opposite Oscar winner Bruce Dern and Orange is the New Black star Taryn Manning. Other upcoming films include: American Night opposite Oscar nominee Emile Hirsch, Jonathon Rhys Meyers, and Paz Vega and Legit Wiseguy with Palme d’Or winner and Oscar nominee director Roland Joffe.

Piven was most recently a series regular on the CBS television series Wisdom of the Crowd. He starred as HARRY GORDON SELFRIDGE in the critically acclaimed series Mr. Selfridge 2013-2016.