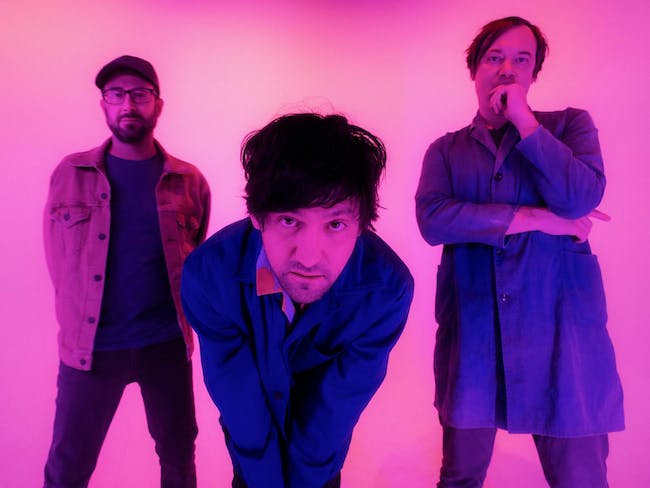 **This show has been POSTPONED to a date TBD in 2021. Stay tuned for more information.**

A message from Bright Eyes:

Thank you for your patience. Regretfully, yet predictably, we have had to re-think many of our upcoming tour dates. We hope to be in a better position to gather and celebrate at a later date. Details on all USA dates follow below. A European tour update will follow soon.

Bright Eyes has partnered with PLUS1 to support The Florence Project and their work providing direct legal and social services for detained adults and children under threat of deportation. https://firrp.org

Sometimes it feels like you hear a Bright Eyes song with your whole body. From Conor Oberst’s early recordings in an Omaha basement in 1995 all the way up to 2020, Bright Eyes’ music tries to unravel the impossible tangles of dissent: personal and political, external and internal. It’s a study of the beauty in unsteadiness in all its forms – in a voice, beliefs, love, identity, and what fills up the spaces in-between. And in so many ways, it’s just about searching for a way through.

The year 2020 is full of significant anniversaries for Bright Eyes. Fevers and Mirrors was released 20 years ago this May, while Digital Ash in a Digital Urn and I’m Wide Awake It’s Morning both turned 15 in January. The latter, a singer-songwriter tour-de-force released amidst the Bush presidency and Iraq war, wades through incisive anti-war rhetoric and micro, intimate calamities. On the title track and throughout the record, Oberst sings about body counts in the newspaper, televised wars, the bottomless pit of American greed, struggling to understand the world alongside one’s own turmoil. In its own way, I’m Wide Awake It’s Morning carved out its place in the canon of great anti- war albums by being both present and prophetic, its urgency enduring 15 years later.

In 2011 the release of The People’s Key, Bright Eyes’ ninth and most recent album, ushered in an unofficial hiatus for the beloved project. In the time since, the work of the band’s core members – Oberst, multi-instrumentalist Mike Mogis, and multi- instrumentalist Nathaniel Walcott – has remained omnipresent, through both the members’ original work and collaboration.

In recent years, Mogis produced records for beloved folk acts First Aid Kit and Joseph, among others, as well as mixed the fine-spun ennui of Phoebe Bridgers’ breakthrough 2017 debut, Stranger in the Alps. Mogis and bandmate Walcott also teamed up to write the original scores for The Fault in Our Stars, Stuck in Love, and Lovely Still, and Walcott worked as a solo composer scoring number of independent feature-length films. Walcott spent extensive time on collaboration; in addition to his arrangement work for Mavis Staples, First Aid Kit, and M. Ward, he contributed studio work to artists ranging from U2 to jazz guitarist Jeff Parker, and also traveled the world as a touring member of the Red Hot Chili Peppers.

Oberst, who’s nearly 30 years into a prolific musical career, spent the last decade in similarly productive fashion. Across three years he released a string of solo albums: Salutations (2017), Ruminations (2016), and Upside Down Mountain (2014), as well as guested on records by First Aid Kit, Phoebe Bridgers, and Alt-J. His punk band, Desaparecidos, emerged from a 13-year hiatus in 2015 with the thunderous sophomore LP, Payola, a white-knuckled disarray of hollered political fury. And at the top of 2019, Oberst and Bridgers debuted their new band, Better Oblivion Community Center, digitally dropping the critically-lauded eponymous debut LP alongside a surprise performance on The Late Show with Stephen Colbert.

The heart at Bright Eyes’ songwriting still looms culturally, in films and TV shows and through re-imaginings by other artists. Mac Miller covered both “Lua” and “First Day of My Life”; Lorde’s version of the penultimate The People’s Key track, the funereal-waltz “Ladder Song,” was a focal point of The Hunger Games’ soundtrack; The Killers covered “Four Winds” for their Spaceman EP; and Lil Peep’s “Worlds Away” samples “Something Vague” while Young Thug’s “Me Or Us” samples “First Day of My Life.”

Bright Eyes’ expansive catalog has traversed genre, sound, and countless players; unpolished demos or fuzzy folk, electrified rock or country twang. The sharp songwriting and musicianship is all anchored in Bright Eyes’ singular ability to flip deep intimacy into something universal. For so many, for so long, listening to Bright Eyes has been like hearing yourself in someone else’s song – a moment of understanding or illumination, knowing you’re on the same team looking for a way to move through of all this shit.

And while 2020 is a year of milestones for the band, it’s also the year Bright Eyes returns, newly signed to indie label Dead Oceans. Amidst the current overwhelming uncertainty and upheaval of global and personal worlds, Oberst, Mogis, and Walcott reunited under the moniker as both an escape from, and a confrontation of, trying times. Getting the band back together felt right, and necessary, and the friendship at the core of the band has been a longtime pillar of Bright Eyes’ output. For Bright Eyes, this long- awaited re-emergence feels like coming home.

Lucy Dacus is done thinking small. Two years after her 2016 debut, No Burden, won her unanimous acclaim as one of rock's most promising new voices, Dacus returns on March 2 with Historian, a remarkably assured 10-track statement of intent. It finds her unafraid to take on the big questions — the life-or-death reckonings, and the ones that just feel that way. It's a record full of bracing realizations, tearful declarations and moments of hard-won peace, expressed in lyrics that feel destined for countless yearbook quotes and first tattoos.

"This is the album I needed to make," says Dacus, who views Historian as her definitive statement as a songwriter and musician. "Everything after this is a bonus."

She emphasizes that she does not take her newfound platform as a touring musician for granted. "I have this job where I get to talk to people I don't know every night," she remembers thinking on the long van rides across America to support No Burden. Realizing that she would have a dramatically expanded audience for her second album, she felt an urgent call to make something worthwhile: "The next record should be the thing that's most important to say."

The past year, with its electoral disasters and other assorted heartbreaks, has been a rough one for many of us, Dacus included. She found solace in crafting a thoughtful narrative arc for Historian, writing a concept album about cautious optimism in the face of adversity, with thematic links between songs that reveal themselves on repeat listens. "It starts out dark and ends hopeful, but it gets darker in between; it goes to the deepest, darkest, place and then breaks," she explains. "What I'm trying to say throughout the album is that hope survives, even in the face of the worst stuff."

Dacus and her band recorded the album in Nashville last March, re-teaming with No Burden producer Collin Pastore, and mixed it a few months later with A-list studio wizard John Congleton. The sound they created, with substantial input from multi-instrumentalist and live guitarist Jacob Blizard, is far richer and fuller than the debut — an outward flowering of dynamic, living, breathing rock and roll. Dacus' remarkable sense of melody and composition are the driving force throughout, giving Historian the immersive feel of an album made by an artist in full command of her powers.

The album opens with a striking three-track run. First comes "Night Shift," the only breakup song Dacus has ever written: "In five years I hope the songs feel like covers, dedicated to new lovers," she memorably declares. Next is the catchy, upbeat first single "Addictions," inspired in part by the dislocated feeling of life on the road and the lure of familiarity ("I’m just calling cause I’m used to it/And you’ll pick up cause you’re not a quitter…"), followed by "The Shell," a reflection on (and embrace of) creative burnout. There's nothing tentative about this opening sequence. Right away, it's clear that Dacus is on a new level of truth-telling and melodic grace.

Another key highlight is track five, "Yours & Mine" — "the centerpiece where the whole album hinges in on itself," Dacus says. Using a call-and-response format, she wrestles with the question of how best to participate in a community broken by injustice and fear while staying true to what one believes is right. "It's about realizing your power as a person, and deciding to do the less safe but ultimately more powerful move, which is to move physically forward — show up and march — and move forward politically," says Dacus, who began writing the song during the 2015 Baltimore Uprising against political unrest.

Historian closes with two stunning songs: "Pillar of Truth," a heartfelt tribute to Dacus' late grandmother, and "Historians," which sums up the album's complex lessons about loss. "From the first song to 'Pillar of Truth,' the message is: You can't avoid these things, so accept them. There's ways to go about it with grace and gratefulness," she says. "Then 'Historians' says that even if you can say that, there's still fear, and loss is terrifying. You still love things, so it's going to hurt. But dark isn't bad. It's good to know that.”